The year is 2030 and violence and negativity has significantly decreased, in part because of me. It has been 10 years since I have helped implement a government memo that has changed the lives of the population without them knowing. The internet can be a scary yet, resourceful tool. In order to create an overall happier society, a form of “brainwashing” has been used, or as I like to call it a form of “positive influence.” The program essentially censors any ideas or information that is against what the government believes the population should know. Utopia is the general idea that I envisioned and looking at society now I clearly succeeded. Yes, this had been classified as TOP SECRET, but now I need credit where credit is due. 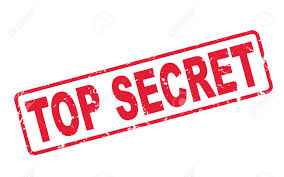 Luckily since I have had a great part in implementing this memo, I know how to shut it off just for the sole purpose of posting this website. With me shutting the program off, there will be no “brainwashing” and therefore, you will be able to think and respond as you wish. Yes, there may be critics however, the goal of this project was pure utopia. I always intended it to be used for positive purposes that can ultimately lead to a more fulfilled and happy environment.

For instance: Let us say an industry is struggling to sell their product. A product that has a high potential to help the people that buy it but just was not marketed well enough. Every time someone searches anything relating to that product or company no matter on what website, our system provides hidden messages that reach your subconscious on level that even though the person does not notice, it is recorded in your brain. My team has done countless research on the success of the framework and it has shown great improvement in sales of what we are endorsing and also has shown great decrease as well on items that we are trying to eliminate on our planet. Often we have been noticing time and time again that the population end up forgetting about item we are steering them away from.

So here is a list of areas that have been manipulated without your knowledge:

politically speaking, here is an example of how this subliminal message has been used:

Behind every search engine, my program is constantly running to affect the way people see the information they are looking up. My selected team ran programs subliminally promoting the East political party without the population even realizing. Not long after we ran the the system, the party began pulling ahead in the election and ultimately won with 98% of the votes. People did not have to strain themselves with trying to figure out which party either the East or the West to vote for; We made that decision for them.

Therefore, for the first time in your life... I introduce you to the REAL internet

you now will also be exposed to:

All the things we wanted to protect everyone from, but now you know the truth

Do you think this sublminal memo had a genuine purpose?